Protecting the rich tapestry of life that stretches from Rogue Valley grasslands to Cascade Mountain forests. 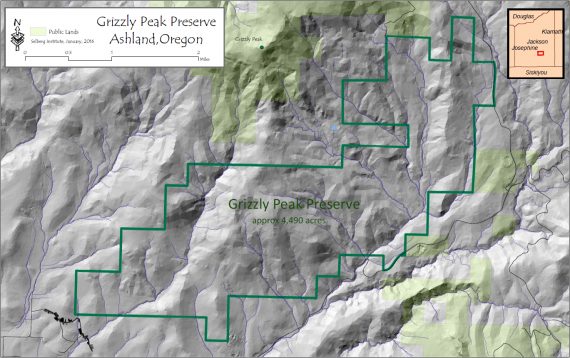 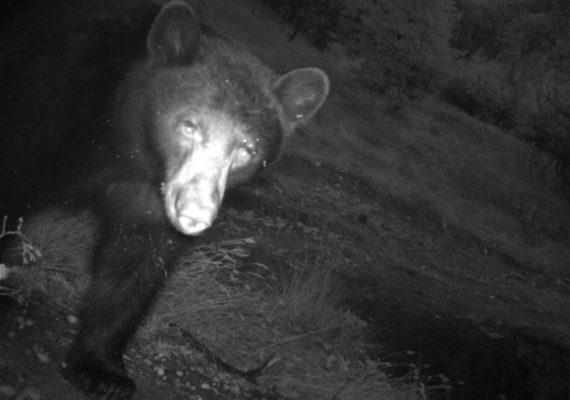 A black bear at night

The Grizzly Peak Preserve is a living time capsule for one of southwest Oregon’s signature landscapes, an important piece of our region’s natural and cultural history that has elsewhere been mostly lost to human development. Expansive, gently rounded hills, deep with grass, studded with scattered groves of oaks, rise between steep ravines, dark with trees and cool with perennial springs. Across almost 4,500 acres of land and only a few miles from the growing towns of the Bear Creek Valley, there are almost no buildings, few internal fences and little overt sign of human presence. As in ages past, mule deer, elk, black bear, cougar, golden eagle and a rich diversity of other native animals and plants can still be found here.

Rising up from the floor of the Bear Creek valley to the forested slopes of its namesake summit, the Grizzly Peak Preserve encompasses an unbroken habitat mosaic that begins in low-elevation grasslands and continues uphill to include mixed oak woodlands, montane meadows and late-successional conifer forests.  As a testament to the land’s wild heritage, Grizzly Peak itself was named after an encounter an early settler, by the name of Henry Chapman, had with several Grizzly Bears below the summit slopes and lived to tell the tale. While grizzly bears have long since disappeared from Oregon, today the Grizzly Peak Preserve encompasses one of the best remaining examples of southwest Oregon’s biologically diverse and endangered oak/grassland ecosystem, now protected here for future generations to study and enjoy.

As in ages past, mule deer, elk, black bear, cougar, golden eagle and a rich diversity of other native animals and plants can still be found here. 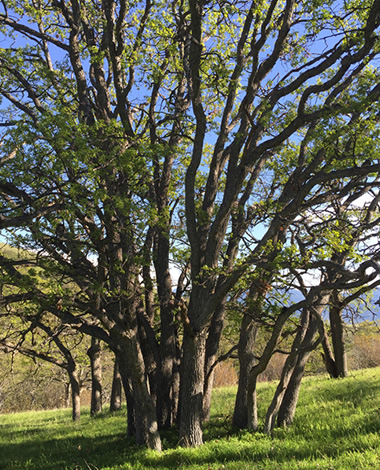 Thank you for your interest in visiting the Preserve.

We do allow visitors a few times a year during specified dates, but those dates for 2020 are not yet determined. Please check back in the future for more information.

In the meantime, please be aware this is private property and there is no trespassing allowed.

The Grizzly Peak Preserve protects the rich tapestry of life that stretches from Rogue Valley grasslands to Cascade Mountain forests.